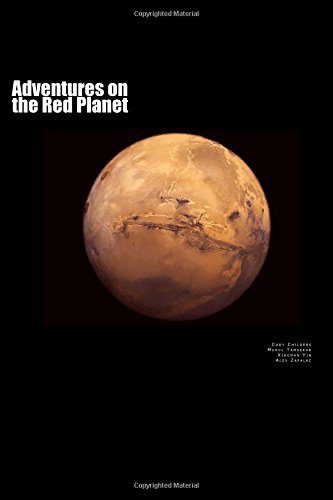 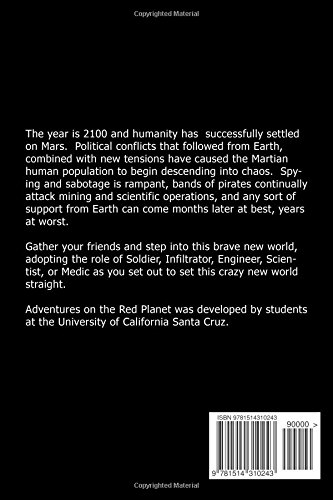 Adventures on the Red planet is a tabletop RPG developed by 4 students at the University of California, Santa Cruz. In the year 2100, humanity has established colonies on Mars. Political conflict from Earth as well as new conflicts over resources have caused high tensions between the various settlements. In addition, rogue pirates frequently attack scientific and mining operations both on Mars and in the nearby Asteroid Belt. Gather your friends and take the role of Soldier, Infiltrator, Medic, Engineer, or Scientist, as you make your way through the Solar System and attempt to set this brave new world straight.

It was published on Amazon : https://www.amazon.com/Adventures-Red-Planet-surviving-harshness/dp/1514310244